My feelings about Strapi dropping v3 like a hot potato

A bit of a backstory:

I started developing projects in KeystoneJS back in the end of 2016. I was super excited. A CMS. In JavaScript! My language! It wasn’t too long before the codebase got eerie silent. A promise was made in sept 2017. People were asking over (jan 2018) and over (may 2018) and over (feb 2019) why the codebase was so inactive. My 2 cents sparked the maintainer to make another promise and him me and 2 others actually did make a release or 2 the following weeks. After that? Dead silence again. The company behind Keystone had moved on to the completely incompatible and different Keystone 5. A lot of people with a lot of production sites were left hanging out to dry.

So in 2019 I found Strapi. Another CMS running on my languages (JS and MongoDB). It can do all these cool things. I can use it to make Gatsby sites with the GraphQL plugin. And it’s backed by an actual company devoted to this project. I’m in love!

I heavily started to develop my own plugins and am running about 12 projects on Strapi now, making it a core aspect of my company. My lifelyhood is a partially dependant on Strapi.

In April 2021 Strapi revealed it would no longer support MongoDB. Which was sad for me, as well as a big bunch of other people, but I can respect the decision had to be made. A day later Strapi 3.6 released with i18n support. Very cool. May June and August saw some small fixes for Strapi 3.6 and from October 2021 the first releases of Strapi 4 began to land. 30 november 2021 we celebrate the birth of Strapi 4. A bunch of stuff is still missing (like a Sentry plugin or a stable Gatsby source to name a few), but let’s go! No migration guides for our codebases or being a silly one trying to convert a MongoDB project to SQL Strapi v4. We have to wait for those guides to land. One day. So until we can do that, we can work on our production ready Strapi 3 projects, right. Right? 16 feb 2022 saw the and first patch release of Strapi 3 since work on v4 had begun. A small crucial fix to make gatsby-source-strapi viable for production (which without this it is not…) is closed because the new beta (only supporting Strapi v4) is out. An issue noting a data leak is discarded because it’s not Strapi v4. So where does that leave me? Stuck in limbo? There are no guides how to upgrade to Strapi v4, yet you ask of me to already have done it. How?

Maybe now you understand why I wrote my backstory. This is bringing back terrible memories of being invested in abandoned software.

I understand it is nice to work on new stuff and your new stuff probably excites you more than the old stuff. But please don’t forget about us. The random people out there who are happily running production Strapi v3’s out there for their clients. Give us some time. Give us some time to try v4 for a new project to figure out how it works and how we can try to sell our clients an upgrade. Be that company I can trust in to guide me, not force me, into the future for years and years to come. So I can keep telling all my friends how awesome Strapi is. I really would want that.

I agree with you! The fact that Strapi 3 does not get any attention anymore leaves many of us quite confused. There should be an overlap phase, especially since v4 is still not super ready.

Dear Strapi team: please consider this on the way to v5! Not everybody can switch right away. And there are still many, many things that could and should be fixed in v3.

Hey to both of you, I’m sad to read this but I also understand how bad our communication has been on these topics. The v4 has been a massive amount of work, and we had to release it for many reasons in December last year. I personally made the decision to release it without migration guides. If there is someone to blame, it’s me and only me.

I could share the whole context that led me to make that decision but I don’t think it’s necessary. It’s a mix between team motivation, business, product, and engineering. However, we didn’t forget you.

In Q1, we have an entire squad of 4 people and more working exclusively on the migration guides and migration scripts to finally give the ability to v3 users to switch on v4. They are still actively working on it. These announcements will be made during the StrapiConf next week.

My main learning from this is that we will be more careful next time we have to take such an important decision to communicate better and reassure the current users that we won’t let them down. It has never been part of the plan. We want these cool v3 projects to enjoy the new v4 capabilities.

Dear Aurélien, thank you very much for taking the time to reply.
Just to clarify; I understand you dropped Mongo, I can understand why you pushed the v4 release and I am totally fine waiting for the team getting the recourses together to set up all the docs and plugins. I think it’s actually a good thing to have v4 out there early for people to try and start with. The point I want to make is that as a v3 user I want to feel like I’m still on a maintained stable production-ready product. If that feeling is lost so quickly, it makes me anxious to invest in v4 where the same thing might happen again. I would like some sense of stability.

The main thing I ask for is to give us some time. You’ve just rebuild everything, that was probably hard right? Give me some time to rebuild my stuff too

So, if I could have the feeling my v3 projects are safe for the half/full year to come, I can try to get time free to invest in converting to v4. But it will probably take me a year.
It’s okay to say: that issue you raised is going to be too difficult or too much of an investment into v3, we don’t have the recourses for it. But It would be great if you do not reject/decline things just because it’s v3.

So, to end on a positive note. I cannot wait to hear what StrapiConf has in store for us and very much looking forward on the work the squad will be producing.

Hi there – first off – Love Strapi! Keep up the work!
But we are also running some major web projects with Strapi v3 – so we are fully in line with Laurens_Kling here. Our livelihood and those of our customers are invested in Strapi (at the moment v3) and we cannot afford to leave them in the cold. If that happens, we cannot confidently say Strapi is the right tool.
(BTW – we are already developing some new, smaller projects with v4 to see what it is about – going OK, although there are some things missing, but it is OK.)
But yes, like Laurens_Kling – we would expect a transition from one version to the next and that we will not be abandoned with no longer maintained code. Many open source code providers support older versions, because they know, if they are offering professional, enterprise solutions, they have to maintain it – at minimum security patches.
We cannot afford to leave our customers with no longer maintained code. Their own businesses are dependent on us and we on you…
Anyways – our 2 cents here!
Thank you and look forward to those migration guides. I expect we will need also 6 months - 1 year to fully transition…

I’m definitely aligned with you and again it wasn’t part of the plan to do such few updates on v3. I don’t want to find excuses and explain all the reasons again that led to this situation.

Thank you for sharing your thoughts with us, it helps us to grow as a team and company. There are many things that we will do differently next time. One of the first learning will be to reinforce the engineering team, we are far too few to maintain two versions at the same time.

Could you list the issues you have in mind that we should fix on v3? We released a security patch a few weeks ago, I understand it isn’t enough, if I can highlight them to the team that would help

I saw a lot of complaints about the new GraphQL response scheme, but a lot and I find myself in the people who are complaining about it too.

And also, many other important improvements like environment migration tools are still missing, for instance.

IMO it would already help if you just would find a way to provide support for at least one more year. Out of my head these things are the most that bother me (it is not much, but that’s just one more reason why I do not understand, why you leave these things unfixed):

I already talked to some other guys here on the forum about the idea of update roadmaps, and one outstanding example of a CMS that does a fantastic job concerning new releases is TYPO3 (many universities depend on it). You really should check it out, there is a lot to learn from. And they have a great community that is very much dedicated to working together, exchanging ideas etc, far beyond the borders of the own CMS environment; quite the opposite actually: they were the first who managed to bring together all php-based CMS to not only one conference!)

Strapi is awesome! It is a game changer IMO, and a trend setter. But that doesn’t mean it is not allowed to look at others and take away the best of their solutions

What do you think about this plugin? 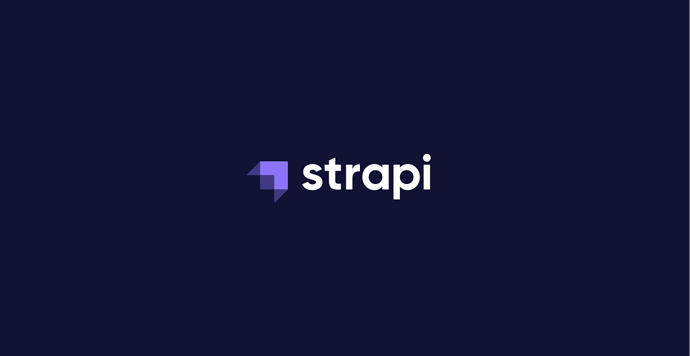