With just one command (make new ) and answering 3 questions, the boilerplate will setup a custom “docker-compose.yml” for you and setup all containers including the software you need to build a docker based app with Strapi4 in the backend and react in the frontend.

It features the following containers:

The boilerplate can be controlled by several make commands, such as make ui-dev to start a React dev-server or make up to start/restart the docker containers.

The most important commands are documented in the README

The boilerplate will also create custom .local domains and place them into your /etc/hosts, so you can access everything you need by domain. Let’s say your project is called “example”, then Strapi will be available on http://cms.example.local

It would be great if you test it and tell me what you think: 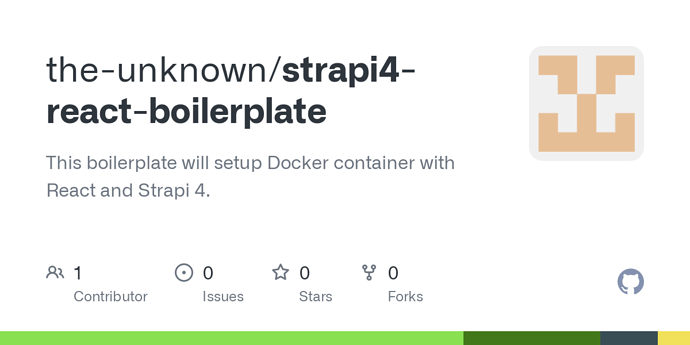 GitHub - the-unknown/strapi4-react-boilerplate: This boilerplate will setup...