[WIP] Terraform/Ansible deployment template for Strapi and MariaDB on Vultr

During my personal time (outside of work hours, and not Strapi official) working on a fully automated deployment system for Vultr (and eventually some other hosts too).

It’s still a work in progress and requires you to use Cloudflare for your domain DNS but here is the repo for those interested: 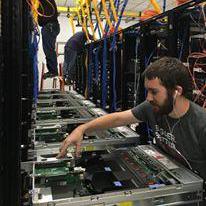 Deploying Strapi on Vultr with Terraform and Ansible

Feel free to help out if your familiar, I was mostly doing it as a hobby and I know people have been asking for some deployment scripts. This doesn’t currently do any DB Migrations.

Here is the list of features I want to add eventually:

Also still working on the ansible documentation but basically: